Tuna 25 FC hull is identical to the WA version.
1. The hull can be best described as a modified constant deadrise form, the most trusted and well behaved hullform ever developed.
2. Relatively high deadrise at transom(19.5 degrees), makes her much more comfortable in sea way than the majority of boats this size, whose
deadrise is generally in the 13 to 18 degrees range.
3. The innovative, variable width chine flats are wide aft, gradually narrowing from amidships forward. The wide chine flats aft give the hull extra
lateral stability, while narrow chine flats forward, allowing the hull to move through the water, prevent slamming against oncoming chop.
4. The hull itself is 25 feet long, 27 feet including the engine bracket/swim platform. Including the outboard engine, the boat is just over 29 feet long. 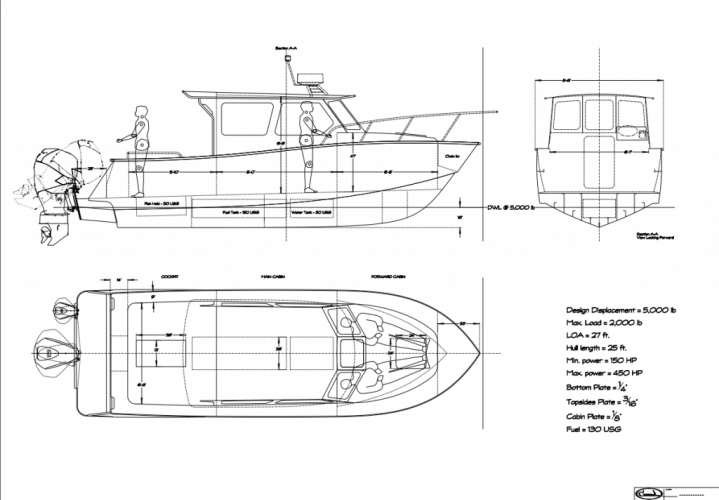 Click on the drawing to open a large PDF